Many municipalities claim to put the lifestyle of their citizens and visitors first, but few can match the commitment to creating an incredible experience like the City of Asheville, NC. This mission runs deep; the city motto is “Quality of Service, Quality of Life.” Their parking operations are no exception.

Asheville has a vibrant and historic downtown that is highly walkable and consumer friendly with art galleries, dining, breweries, a thriving live music scene, and with it, a strong demand for parking from residents and visitors alike.

Over the past two and a half decades, Asheville’s population has increased by nearly a third. During that period, the City’s downtown areas have seen increases in development and tourism. It’s an opportunity for the City of Asheville’s Parking Services Division to adapt to changing demand and the ever-growing expectations of consumers.

“We strive very hard to improve the parking experience for our residents and guests,” said Ken Putnam, Transportation Department Director. “Whether they are going to park on the street or a city garage, our city council has encouraged our team to explore technology and leverage it to raise the parking guest experience.”

The City’s four garages have manned booths, with staff who are on the front lines of customer service to deliver on Asheville’s brand experience. It’s not uncommon to see an attendant helping a visitor with directions, or bantering with regulars. “Our staff makes parking in our properties a pleasant part of the parker’s day,” said Putnam. “We will maintain staffed booths as part of our ongoing strategy to deliver a high-quality customer experience.”

Staffing is expensive, so when the booths are closed for the day, maintaining that level of empathy had proven difficult. The garages shifted to full automation and parking patrons were left with an intercom that rang through to a security guard’s mobile device when they needed assistance. “Talking to a box on a wall isn’t friendly,” said Putnam. “Every interaction for a customer should be that same welcoming experience they have come to expect from dealing with our on-premise staff.”

Putnam’s team considered building a call center to handle intercom calls. They even connected with their peers at a nearby city to see how their call center operation worked. As they did the math, it became clear that call centers are an expensive endeavor and more complicated to operate than originally expected.

“We will maintain staffed booths as part of our ongoing strategy to deliver a high-quality customer experience.” 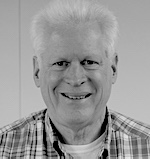 It was about that time that an email from Parker Technology arrived in Putnam’s inbox. He sought more information – video could provide that human touch they were missing.

Soon after, Putnam, joined by Parking Services Manager Harry Brown, participated in a live demo of the face-to-face video intercoms at IPI 2016 Annual Conference in Nashville. “We pressed help and when that smiling remote attendant looked back at us, well, we were sold,” said Putnam.

Parker Technology Proved to be an Incredible Value

The duo recognized they could achieve a better guest experience using Parker Technology, and could launch their own command center using the Parker’s Call Center Software.

However, once they received a quote for Parker Technology to handle evening, weekend, and holiday intercom calls, the numbers made for an easy decision. The Parker Technology US-based team of customer service representatives could answer calls for as little as 52 cents per hour, per lane. A fraction of the cost of running their own operation.

The City of Asheville decided that Parker Technology would be installed in all four city garages and bolted onto each PARCS device. They would continue to man booths and turn on the two-way video intercoms and call center to assist parking patrons during off hours.

This soon expanded to 24/7 service as they discovered the incremental cost providing around the clock coverage was nominal.

The City of Asheville’s Parking Division operates through an enterprise fund that relies on fee and service revenues to fund improvements. As a totally self-sufficient organization, the department did not require a public hearing process since the contract value was so affordable and below bidding requirement limits.

“We had found the best tool for the job, and basically moved forward and rolled it out as quickly as we could,” said Putnam. Once contracts were signed, installation took about 4 weeks and was led by Barry Welborn of Cincinnati Systems, a division of Carolina Time.

Installation was not without a few hurdles to overcome. Brown’s team had to work with the City’s IT department to get Internet connectivity set-up and wired to each PARCS device so that the video intercoms could connect to Parker’s call center software in the cloud.

The city turned on each garage over a period of two weeks. Parker Technology’s staff received training on the City of Asheville’s business rules resulting in a smooth roll-out.

“Parker Technology enables us to deliver the personal, friendly experience that the City of Asheville wants every parking patron to remember.” – Ken Putnam

The resource has freed up Brown and his team to focus on maintenance and other services – and avoid dealing with customer’s day-to-day questions that previously would have pulled him and his staff away from other projects.

Overall, Putnam’s team is ecstatic with the results. “We want to be leading the pack as a city who embraces the latest and greatest things available so we can make more use of our limited resources,” said Putnam. “Parker Technology enables us to deliver the personal, friendly experience that the City of Asheville wants every parking patron to remember.”

Schedule a demo or give us a call and we’ll answer any questions you may have about how the Parker Technology platform is helping municipalities like the City of Asheville provide a better customer experience. You can also download the PDF version of the case study as a reference.